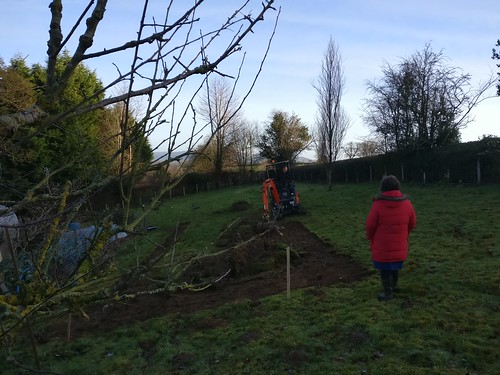 The week before Christmas, after several failed attempts due to bad weather, work began on the siting of our new polytunnel, which First Tunnels had delivered a month previously. We want to be able to extend our growing season and have more space to grow the foods we eat a lot of. We have been "practising" with our small polytunnel and tomato greenhouse and now we are ready for a much larger growing space. We are also going to use the space to grow fruit and vegetables commercially as some local growers and I are setting up a veg box scheme in the area starting in June this year. More on this new venture will come in a later blogpost.

We hired the services of a mini-digger man to level the ground we chose for our new polytunnel. That field is a fair slope (in the hills, our smallholding does not have many flat areas!!) and that seemed the easiest option. Dewi, our tree champion of three years ago, had visited us a few weeks back and we talked with him about our plans for a large polytunnel. He recommended mini-digger owner Pete, with whom he had worked on joint projects. With Peter, they worked all day till gone dark, first to scrape the turf, then move the top soil from one side to the other, level the area and eventually, with head torches on, secure the polytunnel anchor points in place in the ground.

Peter then spent most of his Christmas holidays putting up the hoops, digging a trench all the way round and re-building the bank with turf to stabilise it before the next stage: putting the cover on. The polytunnel is a large space, 14 ft wide x 40 ft long, so we will need to gather a troop to help us with that! On a sunny day too, so the warm plastic stretches and becomes really taut once in place.

In the meantime, I am busy sourcing suitable well-rotted farmyard manure to add organic matter to the clay and top soil and make a start on creating the beds in time for the planting season. I have had offers of trailer loads of various types of manure from local farmers. A concern with horse manure is that it may contain aminopyralid, a selective weedkiller that gets used to kill broad leaf plants on grassland, the residue of which can remain in manure of horses who have eaten hay sprayed by the herbicide. Contaminated manure can damage crops by stunting their growth. I can test the manure I receive by growing a tomato plant in it and see what happens to it. Obviously, this is not ideal as the test will take about a month to determine if the manure is suitable. I feel under pressure because I do not want this to delay the start of the season, especially as I have committed to having plants available for the veg box scheme in June! Buying in compost to fill such a large space would make it prohibitively expensive. So I plough on with my manure sourcing and research. One way or another, it looks like the next few weeks will be full of muck! Wheelbarrow-fulls of the stuff! Offers of help are very welcome!

Here is to a messy but promising start to 2019! 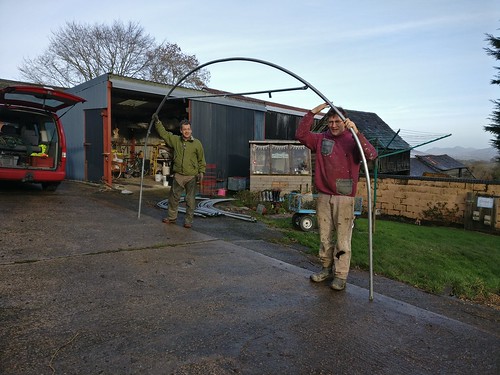 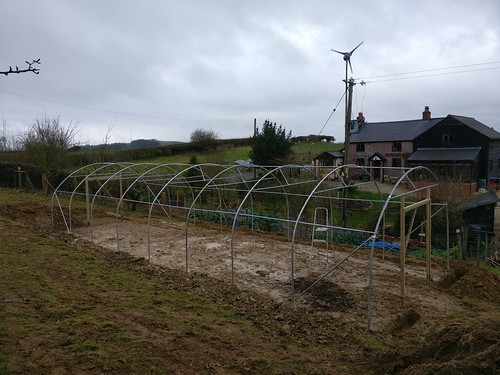 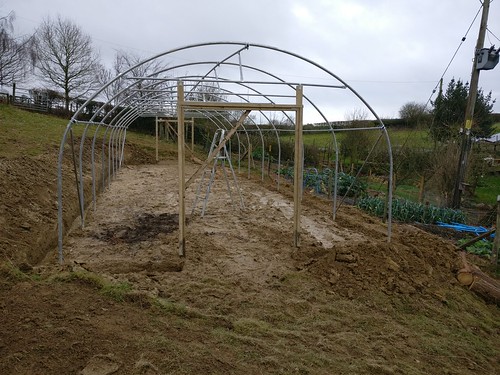