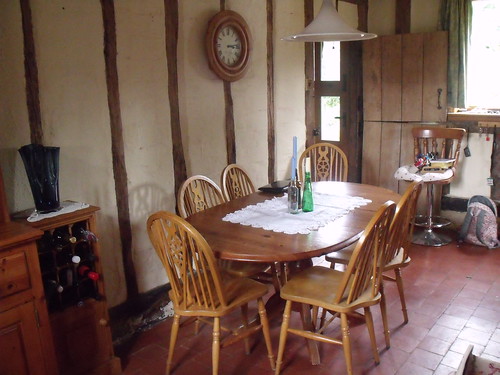 It is now a week since we have arrived at our new home, a smallholding in the hills between Welshpool and Newtown in Mid-Wales. There are still unopened boxes here and there and we need more furniture to be able to put some of our things away. The chaos and upheaval of moving is still evident but we are settling into our new home.

I have made the kitchen and dining area as functional as possible and I am happy with the space. The kitchen is very rustic, not at all the fitted, sleek look of our previous one! I have enjoyed creating a pantry out of an old pine larder cupboard that I used to store all my arts and crafts things before. I have created some much needed storage space and additional work surface by using a sideboard that the previous owners had left in the sitting room. There are ancient hooks on the beams to hang things. It is important that the space works for me as I very much enjoy cooking and I have done a fair amount, in just a few days of being here.

I have picked 2 kg of blackcurrants and have made some jam, baked a blackcurrant crumble cake and even started some blackcurrant liqueur, which needs shaking every day for a month before straining it.

We have harvested a few potatoes and planted some leeks in one of the raised beds.

Two of our “neighbours” popped in to introduce themselves this week. Catherine and daughter Phoebe popped in for tea one afternoon. Paul also knocked on the door to say hello – he is due to cut the hay around the smallholding and in our two meadows but he has not had a chance to do so as the weather has been too wet!

These last two days have been glorious; earlier in the week was disappointingly wet and cold! We lit the woodburner in the sitting room on Thursday night!

Peter has been going to work each day and enjoying his new team. He finishes work at lunchtime on Fridays, which will give him the extra time at home to do the jobs he has set himself. First on his list was to treat and preserve the wood on all the doors, windows and sunroom. The oak frames have weathered and discoloured, some of which is expected, but they need treating and oiling to make them a lot more weatherproof. The warm and sunny weather of the last couple of days has enabled him to make a really good start. This task has enabled us to discover a wonderful shop in Montgomery called Bunners, literally like an Aladdin's cave! At first glance, it looks like a small, traditional shop but when you go in, there are several floors and absolutely everything you could need from nuts and bolts, tools, paint, Kilner jars, brooms, toys, outdoor clothes etc. I can see that we will visit there again and again!

This week, our cats have also settled into their new surroundings. On Tuesday, we began to let them out for a little bit and they did not go very far, just exploring in front of the house. They were already very aware of the many birds outside as they have spent much time on the windowsills!! Oscar gave us a fright on Thursday night by disappearing for a good four hours, only to come back at night fall, very pleased with himself and ready to settle in for the night! Lola does not venture so far or so long – yet, today, she had to defend her territory as we were visited by two neighbouring cats. She won easily with one of them who retreated away under her stare but the other cat was not so easy to fend off – Lola came indoors to safety after a fight, no harm done though. Both Oscar and Lola seem settled inside the house, knowing their way around and finding comfortable beds or chairs to sleep on. Lola caught her first mouse here this morning and played with it in the sun for a while.

I have gone into Welshpool to do some shopping. I really want to shop in supermarkets less, instead wanting to buy groceries from small independent shops: I got my fruit and vegetables from a greengrocers and some meat from a butchers today. I hope to find farm shops too and use the opportunity of a new place to live to change my shopping habits in favour of local, independent shops rather than big chains.

Living here still feels like a holiday... I catch myself thinking “ how many days till we go back home?” then remembering that this is home! 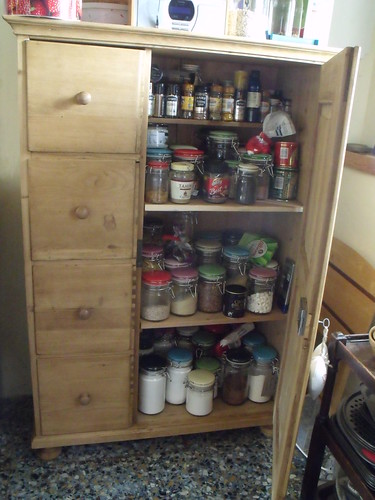 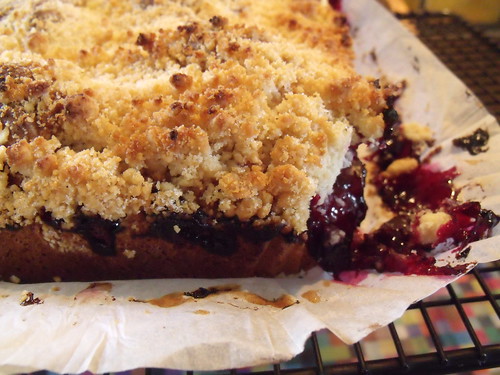 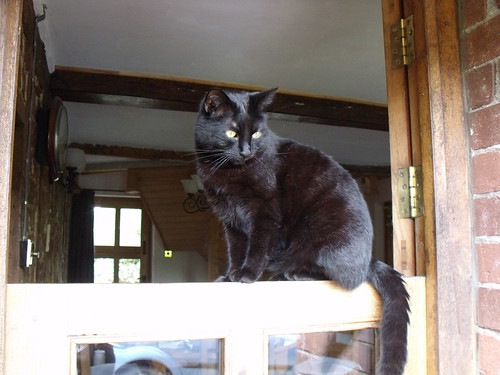 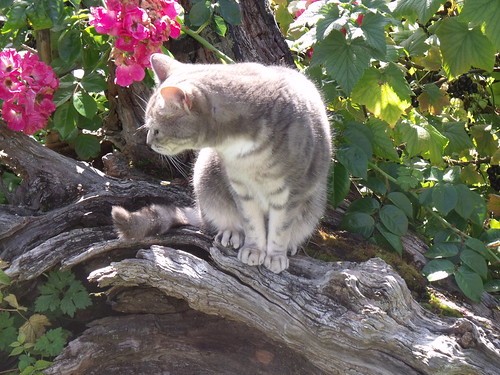