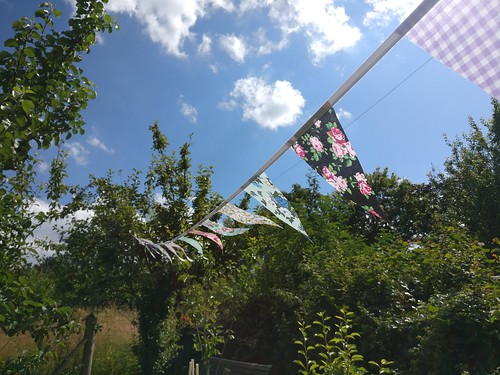 Last week, under blue skies and record-beating temperatures, we hosted a band from Toulouse in France, on tour in Mid-Wales. Four extremely talented musicians, one of whom is Maryline's goddaughter Marie-Emilie, filled our home by day with fun, laughter and creativity and by night delighted audiences in five different venues and settings with their vibrant tones especially arranged by them for the three flutes and one guitar quartett.

Over the last nine months, Maryline had been dipping her toes into the world of music and concerts to set up some gigs for El Deseo Quartett in Mid-Wales and Shropshire on their first tour over here, which we kicked off with a private concert at ours.

We put up the bunting and gathered a few (35!) friends and family to come and hear El Deseo Quartett and share some food on a beautifully warm Summer's evening, the memories of which will stay with us forever. With the help of two WWOOFers the week before, we had just finished building our pizza oven so we fired it up especially for the evening. Wood-fired pizzas all round! An evening of music, applause, fun, laughter, wood-smoke, food, drinks, spontaneous singing and friendship which lasted till the garden was lit only by candles and the stars were in the sky. A truly unforgettable highlight of our Summer!

The next day, the venue was the Willow Gallery in Oswestry where the band received a super warm welcome by the organisers, played in front of a small but engaged and delighted audience and earned an invitation to come back again next year. The gig on Friday night was at the Bay Tree Restaurant in Welshpool where the quartett entertained a small audience of people eating tapas and drinking cocktails. Some friends who came to ours two days before came to hear the band again there, firm fans by now! Saturday night's concert was at Church House in Welshpool where they played at a fundraising event for the Welsh Air Ambulance. Their concert was followed by a ceilidh, a first for the band members who joined in enthusiastically and we all had plenty of fun with our dancing feet. By now, the lovely feedback book the band brought with them for the tour was getting filled with messages of delight and appreciation in English, Welsh and French! Each evening was bringing them a different experience, a different audience but plenty of applause and "encores".

They ended their tour on a high with a full house at Bishop's Castle Town Hall on Sunday evening. Ticket sales had been disappointingly slow and we hoped a few more people would turn up on the evening. We were delighted when people kept coming in and buying tickets at the door and twice, the organisers had to add more chairs! A packed room, an enthused audience whose feet and hands hardly kept still throughout the gig all made for a stunning finale before the band left Shropshire and made their way back to Bristol to travel back home to Southern France.

These musicians are very talented and it was a pleasure to both host them and introduce them to the music scene in our area. The music they create together is as beautiful as they are as people and the house today feels empty without them. At least, we have their CD to listen to and keep the magic going... till they return next Summer! 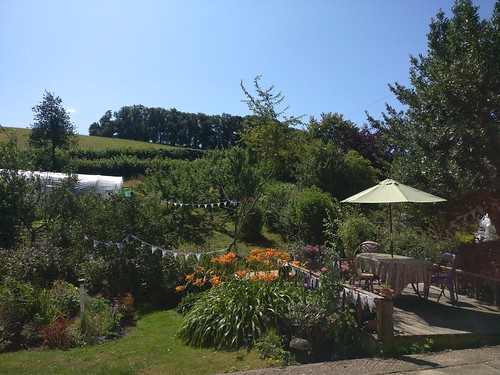 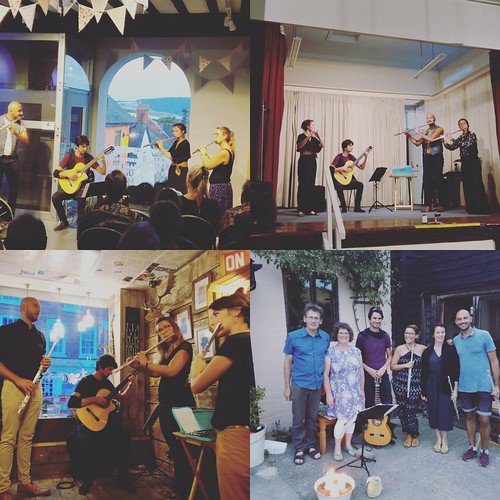