The wonders of Sewage processing 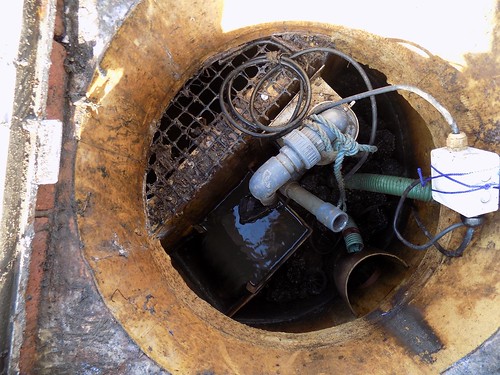 One thing that attracted me to our smallholding was the fact that we are almost off-grid. It is only the electricity network that we are hooked up to and even with that we hope we feed in more electricity than we use.

One drawback of this as we discovered around Christmas is the maintenance of some quite complicated equipment, one being the sewage treatment plant. Gone are the days when your raw sewage was allowed to flow untreated into the local river and a good thing too for the environment. We have a system called a "Condor Clereflo EP05" which we discovered that there is no information about on the internet. It seems the company that made them folded shortly after they designed and fitted these systems. It has taken until now to get the system running properly again after a pump failed at Christmas and after five visits from the "experts". I have now learnt a lot about sewage processing, perhaps that may be useful one day.

The system consists of three chambers connected together with the first being where the sewage arrives and the last being where the nice clean water exits into the stream that passes through our land. The middle chamber is the largest which is where all the solid matter (sludge) settles to the bottom. The sludge needs removing every 12 months. The last chamber is the complicated bit. It has two sections, two pumps, and a weir and a filter arrangement to stop any solids from entering. The pumps are a recycling pump and an irrigation pump. The irrigation pump is the clever bit, it uses a venturi to force air into the water that it pumps around the chamber. This aerates the water with oxygen for the bacteria to feed upon. The chamber is also full of plastic hollow balls where the bacteria live. The recycling pump recycles all the water back into the first chamber.

When the system was installed in 1998, the recycling pump was set to run continuously. This was a design fault which bankrupted the manfucaturer as those pumps are not designed for 24 hours continuous operation. After 12 months or so the manufacturer was obliged to replace many failed pumps. From what I know it took a while for them to work this out and eventually had to fit extra timers to all the systems. Our system has had that modification so now the recycling pump runs about 30 seconds in every 45 minutes. The irrigation pump is the critical pump and it also has a timer which must be set up depending on the number of people in the property. Ours has now been set for 6 minutes on and 6 minutes off. We shall see if that is OK when we next get the water outflow tested, in a month or two. All this I learnt thanks to the last expert who this time knew his stuff. So at last the system is running OK again and we can be happy that we are not poo-looting the environment. 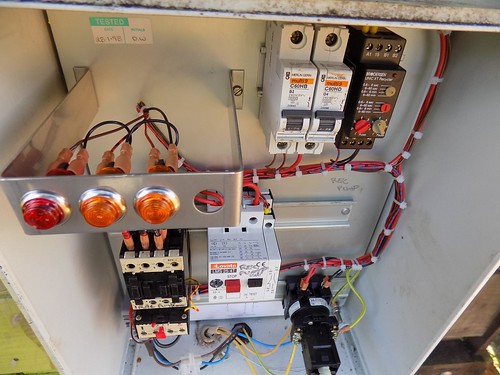