And the robin sings again 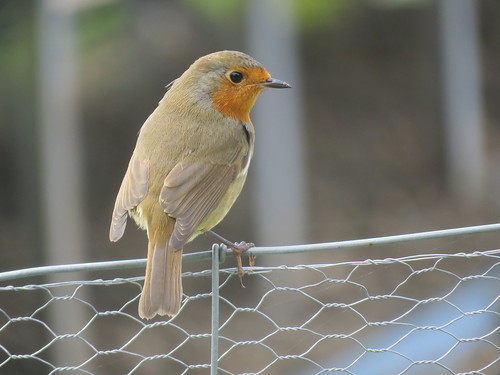 It's still another two weeks till the official start of Autumn at the Equinox yet there are plenty of signs that Summer has retreated and Autumn is settling in. There is a chill in the air, the colours of the landscape are changing and nuts and berries are abundant in the hedgerow. But there is something else that heralds the new season: the robins are back singing their Autumn song.

During Summer, robins are conspicuous by their absence, so much so that they seem to disappear. Of course, that's not true as they don't migrate (most don't anyway) but they simply become less visible. Even though they are busy rearing their young, food resources are plentiful during the Summer months so robins tend to forage out of sight. Then, their moult at the end of the mating season makes them more reclusive: vulnerable to prey when they go featherless, they hide away and stop singing so as not to draw attention to themselves.

In the last week or so, I have heard robins sing again and their Autumn song is all the more pleasurable because the rest of the bird world has gone virtually silent. Emerging triumphant from their moult and eager to show off their new plumage, robins are a lot more visible now as they begin to re-assert themselves and mark their territories. They can be seen to behave in bold, aggressive ways and the cute Christmas card bird and gardener's best friend can surprise us by readily fighting with other male robins in an effort to defend their patch.

The other evening, at dusk, I was listening to a robin sing its heart out from a tall perch on the big sycamore tree in the garden. It struck me how this Autumn song is more subdued than the bright, upbeat and confident tune heard in Spring. At this time of year, it is a melancholic song full of sad, wistful and longing notes, which of course mirrors perfectly the mood of Autumn in nature with decay and death never far away now that the growing cycle is coming to the end. The promise of Spring to lift our spirits is now long gone and instead we move towards the dark and dreary Winter days. Whether we are consciously aware of it or not, when Autumn comes, we get a glimpse of our own ageing and decay, the whisper that there is no escaping our own mortality.

The melancholic tune of the robin's Autumn song can evoke great sadness within us as we turn towards Autumn, but it can also be a welcome reminder to slow down, a gentle invitation to rest and retreat away, a tender call for stillness, reflection and contemplation. When we embrace the autumnal vibes, we can feel soothed by them in a profound way that enables us to foster a closer connection with our heart and ultimately with ourselves. Can you hear the call?

Whilst the true purpose of the robin's Autumn song is still shrouded in mystery, our red-breasted feathery friend is breaking out of its conspicuous silence to sing it and it feels very special to notice. From now, particularly at dawn and at dusk, the robin's sweet song will stand out above the rest and I invite you to spend some time listening to it. It's beautifully rich in tone and in depth and offers us the opportunity to ease ourselves into Autumn in a meaningful and positive way.

May the robin's song touch your soul this Autumn. 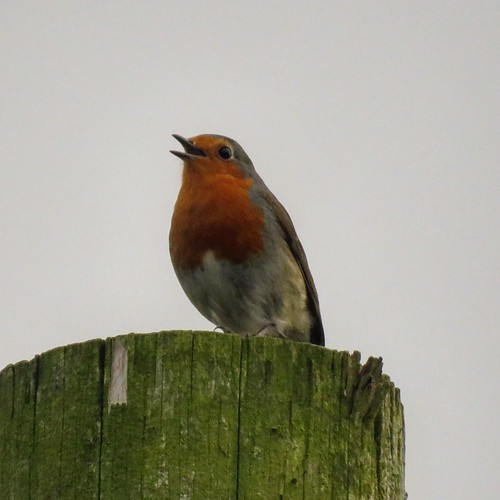