From Africa to Wales 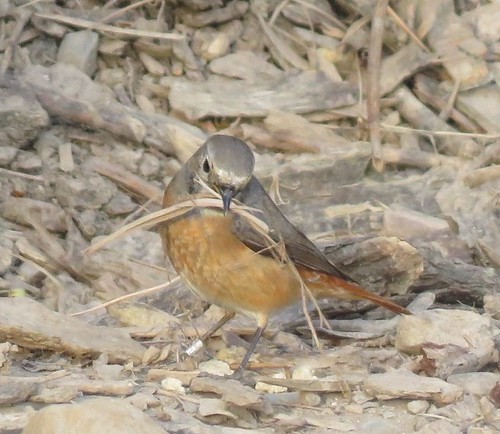 Since moving here, I have learnt a lot about wildlife, especially the wild birds that visit our place. I can now identify many and recognise their songs and calls. I spend time birdwatching, which is a great way to familiarise myself with their world, record their numbers, observe their behaviours and generally get a sense of their comings and goings. Some are here all year round but some only visit during the Summer and it is always very exciting when they arrive.

One particular bird that has sparked my interest is the redstart and every Spring, I eagerly await their arrival, signalled by the male's short song and alarm call that I have become attuned to come early April. I am fascinated by their incredible migratory journey from Africa to Wales where they come to breed, making the most of our long days over here at this time of year and their return journey to Africa from mid-August. They are beautiful small birds, about the size of a robin, with a bright red-orange rump and tail that has given them their name and which they often quiver, a distincive feature that has helped me identify them. Their numbers are sadly decreasing and the redstart features on the Amber List of species in decline. They don't particular like nesting in bird boxes, preferring holes in trees, but most years, we have had a pair nesting in one of ours and it is very special to have them very close for these few weeks from building their nest, laying eggs, sitting and brooding and feeding their young till they fledge. This year, their stay with us has turned into a special story that saw me turn bird detective for a while.

Although I had heard them nearby whilst walking on the lane, I first became aware of their arrival on our smallholding during the Easter weekend when I heard one male sing and call and eventually saw one female go in one of our bird boxes. Conveniently for me, she chose one easily seen from the house! Over the next few days, the pair got busy building the nest, especially the female who was often spotted in the garden picking up bits of dried grass and twigs to line the box. It is a real labour of love and the nest is a work of art with its perfectly round cup at the back of the box with a few feathers, also an identifying feature in redstarts’ nests. Whilst I was taking photos of her to record the nest building activity and then looking at them more closely, I noticed she had a ring on her leg. A ring on a bird’s leg is a small metal band applied to help individual identification and to generate information about the survival, productivity and movements of birds. I told our neighbour Paul, a bird ringer himself and we planned to set up a tiny camera by the entrance of the box when the chicks hatched to attempt to capture the number on her ring and identify who she was.

By 30 April, she had laid 6 eggs so I knew that she would start sitting in a day or two. During that time, which lasts 13 days, her mate comes to feed her and she only occasionally leaves the nest and for short periods. On 15 May, the chicks began to hatch, looking more like little aliens with bulging eyes and floppy bodies than little birds! It is a busy time for the adults who both come to the box frequently with flies, moths, ants, spiders and caterpillars to feed their young. During that time, I sat with my camera, half-hidden behind a pile of logs, to take photos of these beautiful birds coming and going. I enjoyed my time taking photographs of them as it gave me the oppportunity to observe and study them more closely than I had done before. I got to find where was a comfortable distance for them (if I sat too close to chase a perfect close-up shot of them, they simply would not come near the box) and snapped some great photographs of them with their beaks full of food for the babies. I would then download the photos on a bigger screen to take a closer look at them and it is then I discovered that, on some pictures, I could read some of the letter/digits on the ring on the female's leg. Paul did come to set up the camera but technology was not on our side and no recording took place. So it was down to me to keep snapping to get the whole number on the ring. With such a tiny ring, it was a challenge to be able to read the one letter and six digits I needed to be able to identify her and the sequence is not visible whole as it fills the ring which wraps around her leg.

Eventually, after dozens of photographs taken over the course of over a week, I was able to put the sequence together which revealed the whole number on her ring and Paul, with access to the database, reported her sighting and identified her: one of five chicks born 200 metres away in one of our neighbour Barrie's boxes in 2014, ringed by Paul's supervisor. What an amazing discovery! But what is more amazing is that since hatching in a nearby box, she has made five journeys to Africa and back. Spending a lot of time taking photos of her and her mate, as I did in order to obtain the number, I began to feel I was getting to know them a little. They trusted me more and became less bothered by my presence to the point that I could garden in the veg patch close to their box and they would still bring insecs to their young.

On 28 May, Paul came to ring the chicks, five healthy baby redstarts almost ready to fledge. Two days later, as I was in the veg patch, I noticed one sitting on the ledge, tempted by the big world outside the nest. Excited at the prospect of potentially witnessing it fledging, I rushed to get my camera and started to video. For around forty minutes, it prepared to take its first flight and during that time, the parents came to feed it a few times and also made encouraging calls as if to signal it was safe to transition out into the world. A few times, it looked like it was going to go but it was just practising. Then, it fledged and I saw it! I caught it on video and you can watch it here. What joy! It was the last to fledge as the box was empty after. For the next couple of days, they acould be heard in a nearby shrub and the parents could still be seen bringing food to them, making it a noisy affair. Now, I can hear the adults but I no longer see them. They will stay around till August when they will disperse and make their epic journey south to the warmer climes of Africa where they will stay till next Spring when the cycle will begin again. I wonder where this year's ringed chicks will end up? Will they make it to Africa and back? Will someone spot them and report them like we did with this female?

I feel privileged to have the chance to learn all this about these beautiful migratory birds and to witness the breeding story of this year's pair. I hope that the record-keeping and sighting reporting will go some way to help halter the decline of that species. When you become interested in birds - or the natural world generally - you cannot help but become emotionally attached to them and care about what happens to them. Knowing the redstart is in decline as a species brings me much sadness and there is no doubt that I am interested in them and their migratory pilgrimage to Wales each year because of my emotional response to their amber status. My spending time observing them, taking photographs of them and examining them closely, this year particularly as I played detective to piece together the identifying code on this redstart’s ring has helped me forge an even deeper connection with this pair, their brood, the redstart species and the bird population at large. I feel nourished by the experience. This connection is of course multi-faceted and multi-layered and it would make interesting material to explore from a psychological and therapeutic perspective.

For now, the simple but profound message I draw from my encounter with the redstarts this Spring is that a life disconnected from nature is incomplete for we, humans, are interconnected with the natural world around us. The suffering we have, as a species, inflicted and continue to inflict on the living planet, in the name of “progress”, “wealth” or “development” is also our own suffering, whether we care to consciously recognise it or not. Its destruction is our own destruction. When nature flourishes and thrives, so do we. 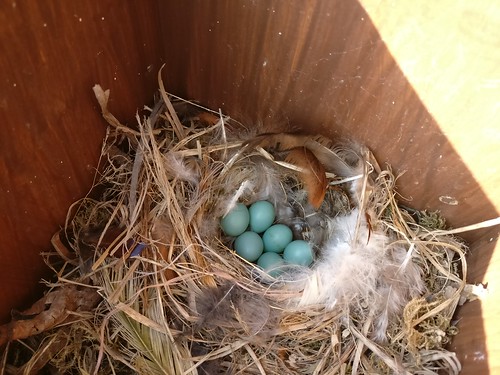 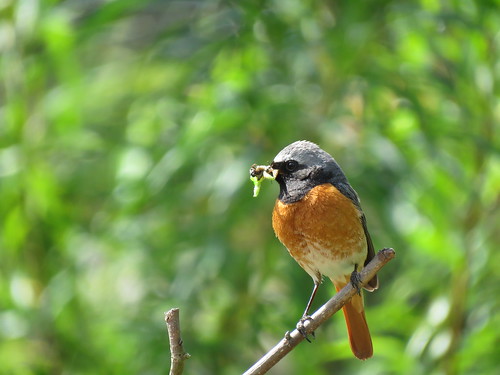 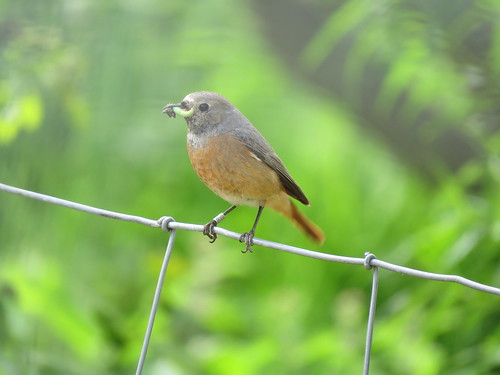 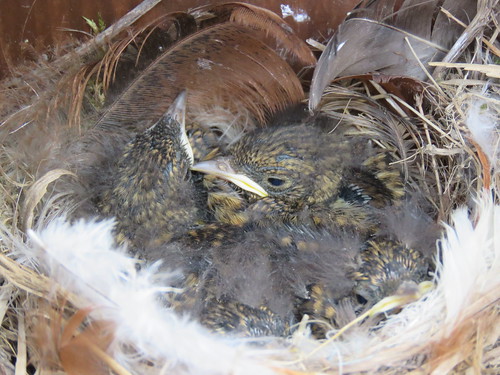 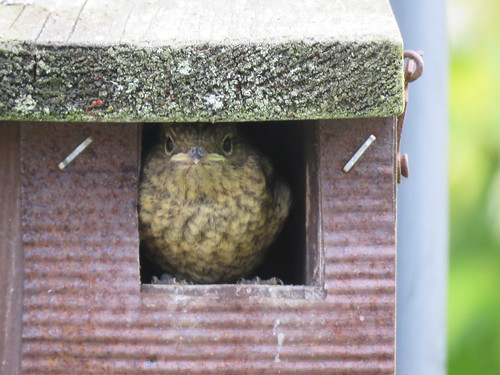