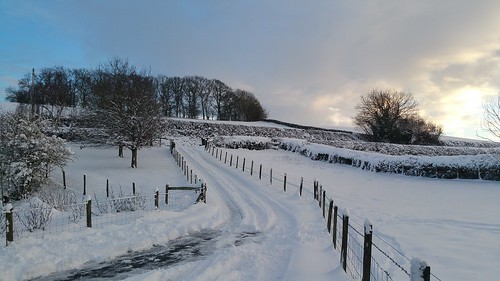 After a weekend of heavy snow fall, we are snowed in! Peter stayed at home today as there was no way he would attempt to drive down the hill to work. Getting out of our drive alone would have been a challenge with 18 cm of snow and a fair amount of ice too!

Once the sheep were fed with plenty of fresh bedding in their shelters and hay in the racks and once we had broken the ice off the drinkers and water troughs, we enjoyed walks to take photos. Especially today as the sun was out and the hills glistened and sparkled in the sunshine. Seeing it took my breath away!

The sheep seem to take it in their stride, whilst the hens did not like to venture out of their coop! It snowed all day yesterday and three of them never came out! I left some food and water inside the coop instead. Today, one of them appeared to get stranded in the snow up to her breast! Our cats had to be persuaded to go outside to relieve themselves! They did not stay out very long!

There was a lot of activity on the bird feeders. I had made a large fat cake that I was going to slice up and put in the holders but I just left it out whole! As well as the usual small wild birds that frequent the garden and the feeders in it, I spotted a few redwings that came closer than they normally do. They were chased off by a rather aggressive mistle thrush that appeared to defend its territory on the holly tree! It was fun spotting wildlife prints left in the snow too. One of them, probably a rat, even made a tunnel under the snow as the prints disappeared before a hole and reappeared again on the other side. Magpies, with their long tails that fan out when they take off, left pretty feathery shapes on the snow. We also identified rabbits and hares and possibly a fox too.

We had visitors for the weekend and they ended up changing their plans due to the weather. The roads around Shrewsbury were treacherous on Friday evening. They came for lunch instead but left their car at the bottom of the hill and walked the two miles up to us. We also had a couple booked in the shepherd's hut on Saturday night. They also left their car at the bottom of the hill and walked up to the hut and that was a wise move for when they had to leave on Sunday morning as the snow was much thicker then! We had the stove going in the hut for a few hours before they arrived and they found the shepherd's hut very snug and comfortable, especially with the little fairy lights we had lit ahead of their arrival. They also appreciated the warm spiced apple juice left in a flask for them, as well as some homemade mince pies.

It's very cold tonight, coldest we have experienced up here and there has been another little flurry of snow earlier this evening, which has now frozen over. Thank goodness I have a pair of crampons that I can attach to my wellies. They have been very useful this weekend. On Friday morning, before I had put them on, you would have seen me shuffling on my bottom to cross the icy yard to get to the hay store!!

I hope the photos will give a sense of the last few days up in the hills of Mid-Wales. They convey the beauty of the snowy landscape better than my words can. 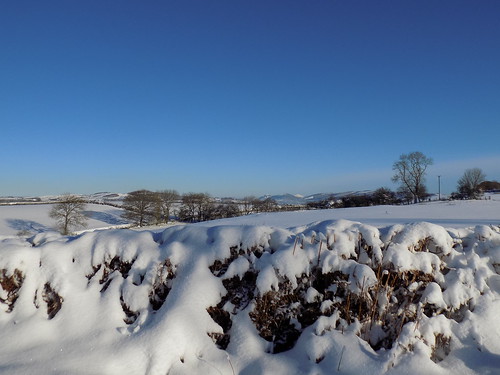 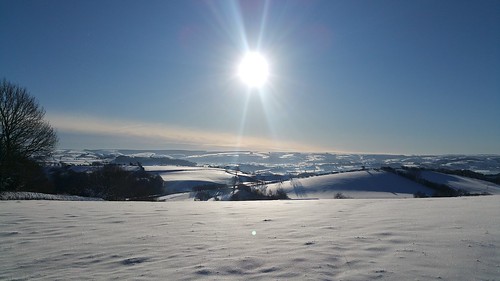 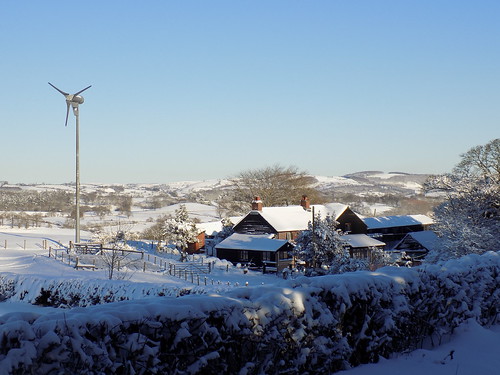 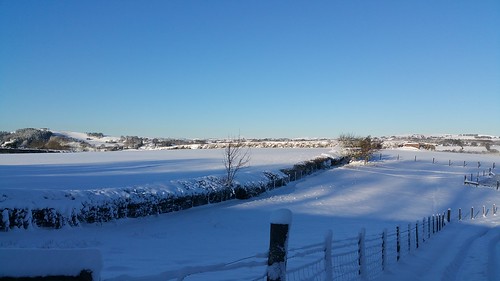 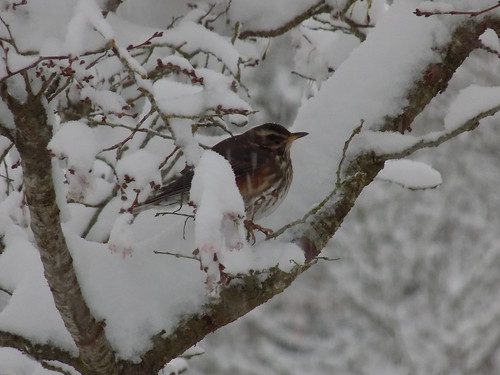 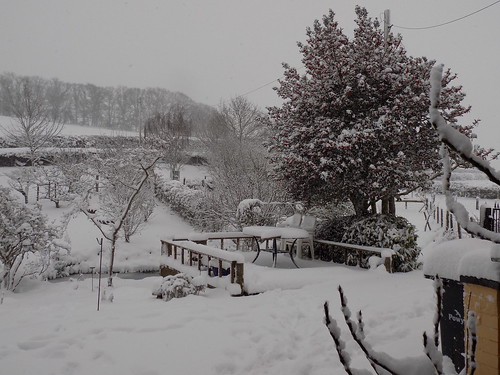 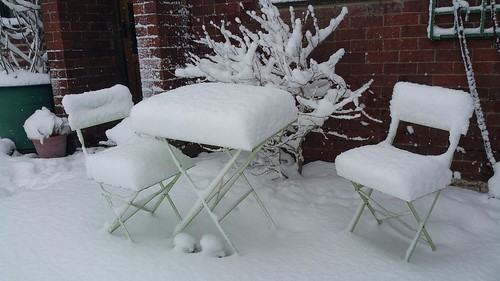 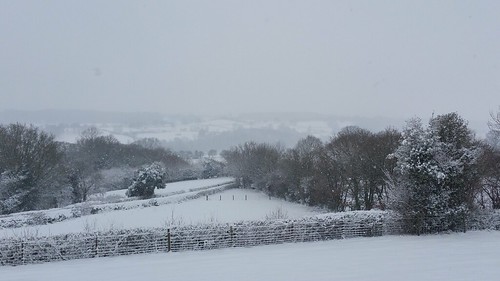 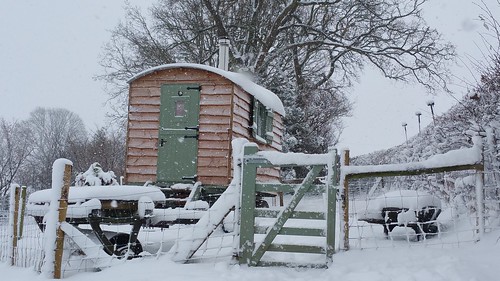 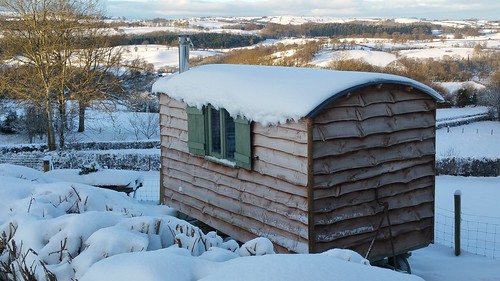 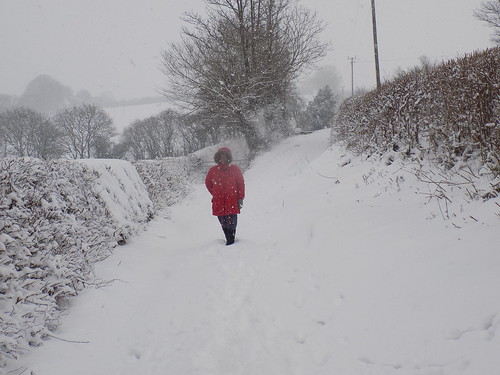 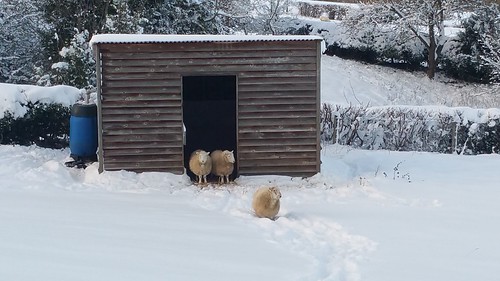 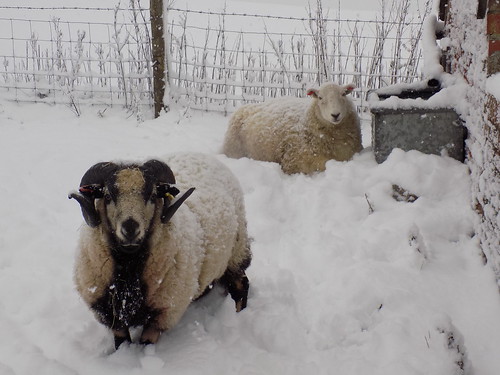 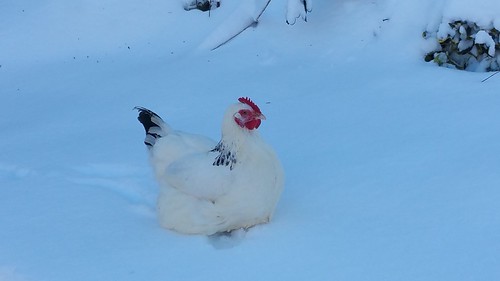 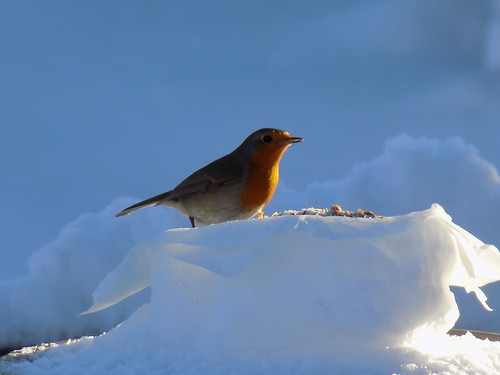